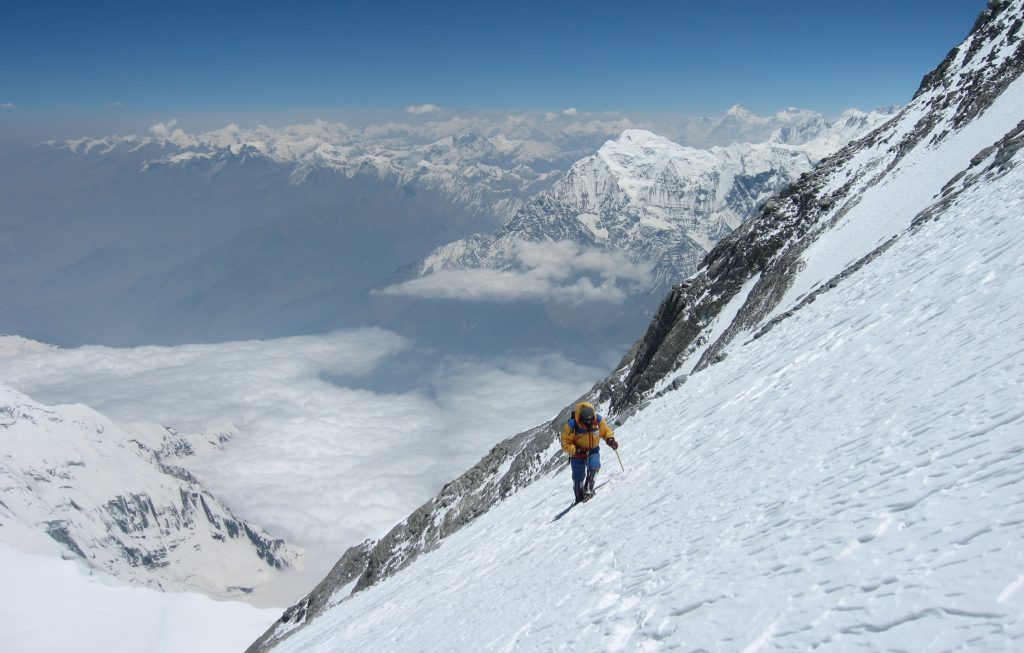 Coping Mechanisms in a Life of Deprivation

A coping mechanism is the way an individual deals with stress. Its purpose is to diminish or lessen the impact on the body or mind. Stress can be brought upon by events including failure, trauma, loss of a loved one, injury, situational hardship, and more.

One of the best definitions for coping comes from positivepsychology.com, which defines coping as:

Coping is efforts to prevent or diminish threat, harm, and loss, or to reduce the distress that is often associated with those experiences. (source)

Why is coping (and awareness of it) important?

Coping should be as core to your survival strategy as procuring food or water because you will be coping on an everyday basis. Coping mechanisms can be either conscious or subconscious, which means we cope without really knowing we’re doing it.

A conscious coping mechanism may be to call your parents or loved ones to help shoulder the distress of a situation and talk through your problems. Or to make a knee-jerk purchase on Amazon of something you have really wanted but put off buying.

Subconscious coping happens without the mindfulness of actively pursuing the action. Overeating or overdrinking are a couple of the most common examples of subconscious coping. Sometimes after a stressful meeting, I’ll not even think but wander to the pantry and look for a snack without being hungry.

You must understand coping as a concept so that you can be aware of your own coping style(s) and practice healthy coping techniques while avoiding unhealthy ones. Hone in how you cope as you will need these skills optimized to move through each day and month of survival.

Internalizing, as the name suggests, places the onus of a problem or situation squarely on oneself. Internalizing basically means that a problem and solution can only be dealt with by the individual. A person who internally copes believes problems can be isolated and resolved directly through the individual, often without the help of others or outside forces.

Benefits of an internal coping strategy

A person who copes internally feels an absolute ownership of their problems. This means they feel great responsibility for a situation and know they are the primary means to which that problem can be solved. Internalizers will obsess about a problem and mull over the smallest details to try and figure out a solution. This makes internalizers excellent analysts and problem solvers.

Internalizers can be great leaders as they excel in spearheading a solution. They can take on problems which are not of their own, but feel it is their responsibility in driving towards a resolution. They can rally the troops by presenting the problem as one which the group can solve together and motivate others to work together in solving it.

Because internalizers believe they were the ones which got them into a hole, they can also dig out of that hole. Internalizers do not throw up their hands and lay the problem at someone else’s feet, instead they believe in being proactive and taking steps to solve the problem at hand. Sitting around and waiting for outside circumstances to change is not within the repertoire of an interalizer.

Drawbacks of an internal coping strategy

Internalizers tend to take on too much or take too much accountability for a problem, often being known to bite off more than they can chew. They absorb someone else’s problem as their own and preoccupied with situations which have nothing to do with them. This can lead to a piling on of issues which should have never been taken on in the first place. Getting burnt out is a real possibility, which may lead to depression, detachment and reclusiveness.

Depression is common among internalizers. If a problem cannot be solved, an internalizer may begin to ruminate on a problem and run around in circles thinking about ways to solve it. Because internalizers look at themselves as the primary reason for the problem, they also blame themselves and start to obsess over their failure. This can lead individuals into deep psychological ruts which become difficult to pull out of.

Example of an internal coping strategy

After escaping the Ruviet secret police which pillaged the suburbs of his north Seattle home, Larry was forced to flee and for several years survived in the unforgiving northwest corner of Vancouver Island.

Each day, Larry leveraged a primitive fishing lure and hook to sustain a modest existence. This required Larry to have an acute awareness of the rising and falling tides. During a cold winter with scarce food supply, Larry was pushed to his hunger limit and risked venturing out during an evening of falling tides. As he was foraging for a healthy portion of bull kelp off the opposite shore, Larry’s watercraft sustained a puncture from a sharp timber jutting from the water. This forced Larry to dock to repair the puncture.

Larry was landbound. He was a dozen miles downstream from his encampment and separated by choppy waters which could not be traversed absent a boat.

Larry acknowledged this was a problem of his own doing as he took a risk that resulted in this predicament. He blamed himself rather than the circumstances that led him to his choice.

However, it was one he could find a solution for. While the limited food supply which had forced him to risk going on the water was the primary reason he went on the water in the first place, it was he who made the decision and he who must resolve it.

He toiled day and night, attempting to patch the lengthy laceration within the bottom of his boat. After several weeks of failing to find a suitable solution to repair the boat, Larry fell into a deep and self-loathing depression. Why did he take the unnecessary risk of going on the water? Why did he not wait for the tide to cycle? Why could he not have just gutted out the hunger until morning? On and on he dwelled upon these questions.

Eventually, after trying again and again to fix the boat, Larry was ambushed by a mother mountain lion who ripped out Larry’s carotid artery. He became dinner for the mountain lion and her two cubs.

Externalizing outwardly projects the blame for a problem. An externalizer believes outside factors are why something didn’t go the way it was intended. Externalizers believe situations are a result of variables stacked together and if one of those variables is off, the entire result can go haywire. The dominoes must fall in a particular and predictable order as to prevent a negative outcome.

Benefits of an external coping strategy

An externalizer feels little accountability for problems. They believe most problems are not of their own doing but instead due to outside forces or events, which means the magnifying glass is directed elsewhere rather than at themselves. The benefit here is that an externalizer is mostly free of self-loathing and a tendency to blame oneself.

Ability to quickly move on

As a result of not getting overly entangled in problems, externalizers can quickly sever themselves from situations and move on with little difficulty. They refrain from miring themselves too deeply and can stay at surface level of an issue without much emotional attachment. This is incredibly useful when a problem is too big to solve as an externalizer can cut bait and run, while an internalizer will stay fixated on a particular problem, even if there is little hope to succeed.

Drawbacks of an external coping strategy

When nothing is your problem, there is always someone else at fault. Externalizers tend to blame others for problems rather than take ownership of them. It’s for this reason that externalizers have more narcissistic traits, because if problems are always caused by others, there is never self-reflection or examining oneself as part of a problem.

When an individual feels little accountability for a situation, they are less likely to contribute towards the resolution of it. An attitude of ‘Well I didn’t do it,’ is common among externalizers and you’ll find them reluctant to pitch in unless there is a clear indication it is their problem to solve.

As you may have imagined in reading above, externalizers are not the best contributors to group projects because they believe they are only accountable for problems which directly impact them. Externalizers also assume others are inherently less capable, which can lead to two outcomes: one, complete detachment and apathy to the group’s efforts or two, complete rejection of others’ contribution or efforts because they did not emanate from the externalizer. Obviously neither of these is conducive to truly working as a team.

Twelve years after the Great Flash, Zach scurried from his comfortable life outside of Phoenix up north to the lush but harsh forests of Minnesota, several hours north of Fergus Falls. He lived off the banks of a small lake but mainly hunted deer and wild forest boar as his primary food source.

Zach lived like this for several winters and became a better hunter each year and relied on his skill improvement to make life easier. He had been told by doctors he was susceptible to gout based on his family history and propensity to consume an abundance of red meat, and a change in diet may over time result in symptom suppression.

While waking up one October morning which presented the first snowfall, Zach was unable to lift from his cot. His left knee felt like it had been soaked in scalding oil. Any attempt at movement only made the pain worse. He was bedridden and incapacitated, unable to complete many everyday tasks. The experience would pass after several days, to which Zach would continue life as normal.

Zach cursed his forebearers. He had wished he’d never been brought into this world and hated his parents’ selfish decision to procreate and conceive him. He blamed the doctor for not writing him a prescription to alleviate the gout for good. He blamed politicians for the world circumstances and making his gout difficult to manage. It was all everyone else’s fault.

The gout would come and go, each time a bit longer in duration than the last. Zach never changed his eating habits and continued to shift blame to anyone or anything besides himself.

He continued to hunt for red meat, albeit in limited capacity, for 7 more years. The gout eventually permanently immobilized Zach and a faction of local bandits easily dispatched him. The bandits then looted Zach’s encampment for what limited supplies remained and left his carcass for the buzzards.

Whether you cope internally or externally, there are ways to do so in healthy or unhealthy ways. It is important to have healthy outlets for coping and to make these part of your daily coping routine. Unhealthy coping mechanisms should be avoided, although as humans a certain amount of unhealthy coping is likely unavoidable in some situations.

It is important to understand what your coping strategy is and what the benefits and limitations of that strategy are.

Our goal is to highlight the aspects of each coping prototype so that you are better prepared to cope with the difficulties life chooses to throw at you, whether in the comfort of your own home or out surviving in the wild.