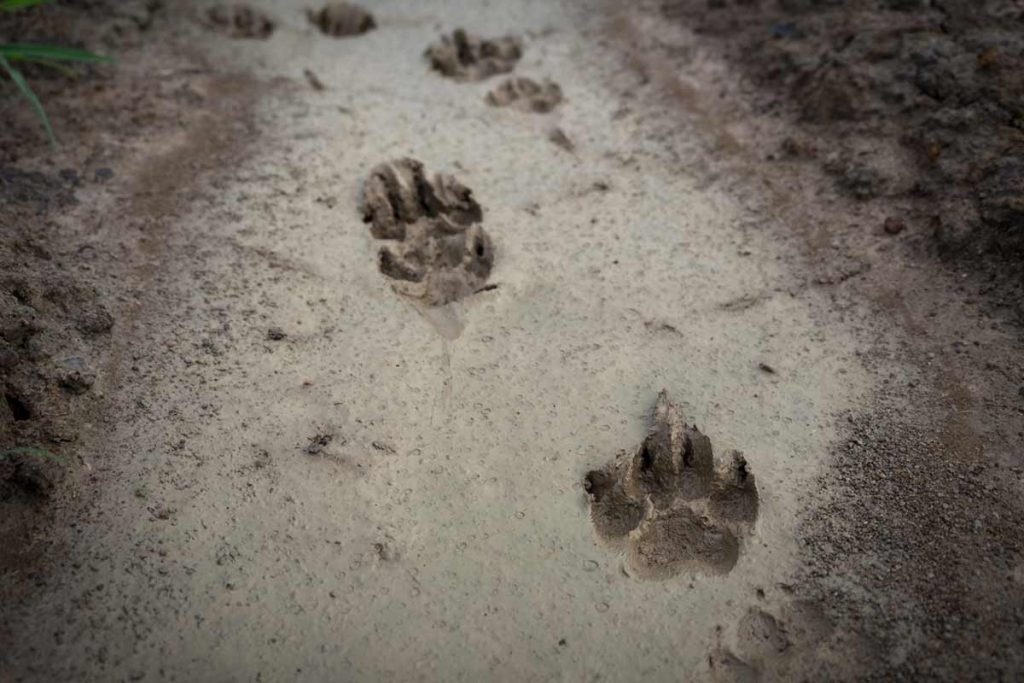 Knowing your environment is critical in the wild. After all, one of our very first skills in any situation is awareness of what you are up against. In this article we’ll go over one of the skills which humans have exercised for thousands of years, tracking animals. Now, this can go far beyond simply tracking animals and apply to other trespassers as well, the two-legged kind. Most of my experience is in tracking animals, and so here is how you can do that.

Knowing the categories of animals in your area is key. Familiarity with your region and environment will give you a sense of the animals to expect – thick woodlands? Arid, open plains? Rock fields? The best place to start is a local library. Look for a field guide or hunting stories in your area. Watch videos on local animals and try to get a sense for how they act and what their habits might be. Study things like when they tend to move around, the time of year they mate and when they prefer to feed. Knowing generally about the wildlife in the area will put you ahead of the curve.

Not any old area will do to acquire this information. You first need to seek out an animal travel corridor.

Animals are much like people in their choice of travel, which explains many unpleasant human-predator encounters in the backcountry. We both simply prefer the easy route. As you look at an area, consider how you’d traverse it. Keep an eye out for dim trails, areas where leaf litter or needles seems a bit more worn down than the surrounding area. These corridors won’t necessarily be continuous, either. But with a keen eye you’ll make out the route. Pay attention to how clear the first three to four feet above a trail is. A five-foot person may get shredded pressing through a mash of Hawthorn brush, but the first three feet or so might provide clear passage. Keep in mind that most animals, even the big boys with antlers, travel low through thick cover.

When it comes to preparing your tracking corridor, make sure it has some open ground. Four to five square feet should do. This will be enough area to funnel an animal through to capture its prints. In your search, consider soil composition:

Whichever you choose, keeping the ground relatively moist will help to make identification easier. If the target ground is naturally moist, great, but it shouldn’t be saturated with water as the soil and the tracks within it can erode.

Once you have planned a corridor for which you plan to entice the animals to, it’s time to set up an attractant. Again, keep in mind that animals and humans have a lot in common, think about what might subconsciously attract you. Consider if you’re wandering around your neighborhood and here a faint distressing cry. Or if you walk through the local grocery store and spot a new kiosk tinkering with cooking utensils. In either scenario, you may investigate what seems off.

This is exactly what we’re trying to replicate. Something which seems different, or stands out, but not too much that it could alarm or deter animals from checking out the area. A simple feather fluttering in place is one of my favorites. Here are some other attractants which have worked well for me:

To illustrate the power of a moving anomaly, I’ll tell the story of backpacking along the Salmon River in Idaho. This particular section of trail followed the river closely, and at one point a small diametered tree had broken off and fallen into the river, while the other end hovered about three feet off the ground right at trail’s edge. As the current caught the needled limbs it bent the tree downstream. The tree would bend, then spring back upstream where the current would push it downstream again, repeating the cycle. I stood there for some time mesmerized by the rhythmic pattern. Apparently, I wasn’t alone in appreciating the scene. It had recently rained, and the muddy trail revealed that a number of elk had also stopped as I did. Judging from the spoor, they too had lingered to enjoy the show. Like I said, we have a lot in common.

Once you have your attractant, hang it using some jute or cotton twine so that it hangs above the travel corridor. Hanging it too low may cause an animal to disturb it and may prevent it from being seen outside very close ranges. Hanging it too high may also prevent the attractant from being seen. The key is to hang it just out of reach so that you can still spot it within 20-30 yards away.

Revisit the track site or set up a trail cam

Once you have your attractant set up, your corridor planned, and your soil prepared to capture animal tracks, you can either set up a trail camera to capture movement or begin checking the area regularly. Trail cams work fine but I prefer not to use them, as the attractant will likely be moving at any time the wind picks up, which may lead to many action-less photos. Check the track trap area daily, depending on soil composition and when animals are less likely to be moving through. Take pictures of the animal tracks that do come through as I find keeping a record is helpful to begin logging what types of animals are making it through the area. You’ll know what types of animal wildlife are coming through and this will lead to other useful information about the area.

What animals have you spotted on your property? We’d love to hear!

These are our favorite books on survival, survival psychology, and what makes or breaks a human when the walls of nature have them cornered with nowhere to go.

Why Vinegar is a Bug Out Essential

Your BOB should include versatile tools that provide extreme utility under extreme circumstances. Once of those is vinegar, and you will see why.