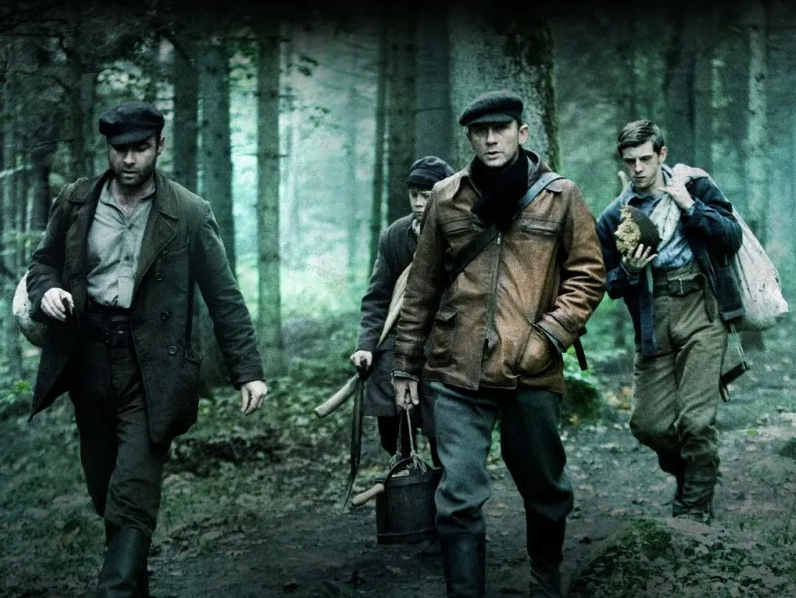 19 Best Survival Movies of All Time

Imitation is the sincerest form of flattery, and that’s largely what becoming a more experienced and prepared survivalist is all about. You read books, live your own experiences, and watch how others conduct themselves in pressured situations.

Movies can be insightful case studies into how an individual survives in the wild, even if dramatized and loosely based on reality.

Below are the 19 best survival movies for our money. If you’re interested in sitting back and enveloping yourself within another world, look no further than these excellent films.

Director Peter Weir tells the absolutely phenomenal story of escaping from a Soviet Gulag in WW2.

This riveting “one shot” film exposes you to the travail and loss experienced by William Schofield whose delivery of a message is critical to the fate of 1600 British soldiers in WWI. If the excellent storyline and engaging cinematography aren’t enough of a draw for you, watch it for Moriarty and Sherlock!

Let’s get the obvious out of the way – Leo won his first and only academy award for this one – FINALLY. So you know you have to watch it, right? But even without that piece of trivia – The Revenant is the ultimate story of survival which ends on a “revenge is a dish best served cold” note. Speaking of dishes, eating before watching this film is not recommended.

A unique take on horror, Birdbox takes you through a dystopian world where a woman and two kids have to navigate themselves away from a state of hysteria and fear in order to get a shot at being safe. Did I mention that they have to do this blindfolded?

Link to watch on Netflix

Can anyone lend me a Lee Enfield? Seriously what an intense and captivating film. If you ever imagined what it might be like to be sitting ducks while in war, this is as close as you can get.

Denzel and Gary Oldman are absolutely phenomenal. Be ready for plenty of plot twists, tense action scenes, and a window into what post-apocalyptic life in the desert may be like.

Daniel Craig is excellent. Blueprint as to what it’s like to build an entire society from scratch. Goes to show being a scholar isn’t a very useful skill when living in the woods during winter.

Is that Aragorn? No, but it is Viggo Mortensen who is excellent in this 2009 film who plays a father as he and his son trek across the wasteland.

Better have studied up on edible seeds in school.

Imagine living in war-time Poland? Much has been told of the holocaust and between this and Schindler’s List, there is no better depiction of what it might be like to be hunted like animals.

The next best thing to fighting post-war marauders is dealing with a band of backwoods locals.

And that’s why I never trusted a goat herder.

Who is going to tell that little girl to not wear red in a world of black and white?!

Can I lend you a hand?

Link to watch on Amazon

Are those bones in his nose?

Not a typical survival movie but if a hungry bear is on your trail, it’s not dissimilar to being hunted by a Xenomorph.

Link to watch on Amazon

We’d love to hear what some other quality survival movies you may have in mind!